Everyone is talking about gold. With the price of gold going through the roof, it’s natural for people to wonder. What currencies are backed by gold?

All About the Gold Standard

Gold has been used as the currency of choice throughout history because it is rare, difficult to obtain, malleable, and does not corrode. Its earliest known use as a minted currency was around 600 B.C.E. in Lydia, in present-day Turkey.

This monetary policy was initiated to avoid inflation and deflation. The history of the US gold standard showed that inflation could be avoided with this change.

The country of Switzerland was one of the last to buck the gold standard trend. It kept it until May 1st of 2000. This allowed Switzerland to profit during the war from its gold reserves.

During and after the great depression, the United States held most of the world’s gold reserves. Then, in 1944, there was an agreement to set the exchange rate for all gold and currencies. As a result, the United States could price the dollar against its reserves.

This made it easier for the rest of the world to price the dollar against its currencies. Currency was then no longer attached to gold. The dollar then increased and evolved into the standard world currency used.

However, this did cause some issues. Specifically, it caused problems with the influx of demand for dollars.

And the FED can make money in over a hundred billion dollars. So it is a difficult predicament for the country.

What Currencies are Still on the Gold Standard?

Ever since Switzerland dropped the gold standard, there are currently no currencies backed by gold. At the same time, this does not mean that gold is irrelevant to currency. There are many countries where wealth and currencies are correlated to a specific commodity.

Australia is the largest exporter of iron. As a result, its dollar is affected by changes in iron prices. Although it is not a commodity, iron still has a big effect on the country’s currency. Some countries have a currency linked to oil with economic changes. For example, Norway, Columbia, Russia, and Canada are big oil exporters. As a result, it has a high value in the world today.

Countries that have big oil reserves can track the demand alongside their currency. When the price of oil decreases, so does the value of their currency. This occurs even though the commodity does not directly back them.

The Value of Commodity-Correlated Currency

There is no real value to the currency. It is just fiat paper and isn’t backed by anything of actual value. But, even with that, it is crucial to understand how currencies function and how they benefit.

Commodity correlated currencies do benefit from rising commodity prices. However, they are not really at risk of any inflation. This is because their currencies are hedged by the sale and production of the currencies in their own area.

Yet, commodity-correlated currencies do have some volatility to them. When the economy goes south, the price goes down. This is because there is a lack of demand for these commodities. Some prefer to keep silver and gold commodity currencies correlated as cash equivalents to the US dollar.

Some would prefer to hold on to commodities instead of dollars. They feel that commodities are at less risk of inflation than the dollar. Plus, correlated commodity currencies are backed by governments in countries. Some of these countries have less debt than the United States. And the United States has a lot of debt.

It all sounds so complicated. And that’s because it truly is. It confuses just about everybody. The key factor to keep in mind is that the currencies correlated to commodity prices will shift in relation to the price globally. In the long run, this helps prevent inflation. Nevertheless, some still feel that gold and other hard assets are safer.

What Current Currencies are the Closest to Gold-Backed Currency?

Likely, the Norwegian currency is the closest to the gold back currency. Its real currency correlates closely to its commodity assets. This country’s economy primarily depends on the price and buying power of gas commodities and oil. Norway is one of the world’s biggest exporters of oil. Its basic economy is dependent on oil and natural gas. Norway’s currency is the closest to the gold standard. Its reserves and buying power are directly related to its commodity price.

Some believe it has the safest currency in the world. No way has the lowest government debt to GDP. They also have a sizeable sovereign wealth fund.

And currently, this fund is eight times the size of the country’s debt. That’s amazing. Simply put, they could pay off their entire debt.  By comparison, the United States could sell off all of its gold reserves and still not be able to pay down a mere 5% of its debt. So basically, the United States government is bankrupt.

All around, the country of Norway has an excellent standard of living. This country would not be affected by climate change. It also has a stable government and a peaceful population. Norway’s economy is very correlated with commodity pricing. It is without the systematic problems, such as personal and business debt.

The United Kingdom was the first country to implement the gold standard. This occurred in 1821. Before this, silver had been the leading world monetary metal. Although the yellow metal was used, it never became the standard. Germany took on the gold standard in the 1870s. And in 1900, the United States followed the same path. So did several other countries.

What was the Bretton Woods agreement?

The Bretton Woods agreement is what made the dominant reserve the dollar. It was converted to gold at a rate of $38 per ounce. Nixon ended the US dollar convertibility to gold.

Why does the United States no longer use the gold standard?

Is there a need for a central bank under a gold standard?

The answer to this question is a definite no. Combining a banking cartel and a central bank would only lead to financial and political abuse. A gold standard could be written into law for a free banking market. All participants would have to stay with this standard. The fractional reserve could not issue fiat money. As a result, the gold standard would become too privatized. The banks would then be able to issue money with a fixed weight in gold to counterparties and their customers. This would be free banking. People would not be able to choose fiat money freely. There would be no central banks and no legal tender laws in place in this case. And the quantity of gold available would be dependent on supply and demand. Fiat money would have no chance of survival. The lawmakers would wind up explicitly forbidding fractional reserve banking as fraud. 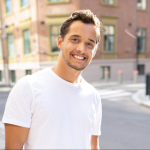